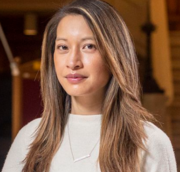 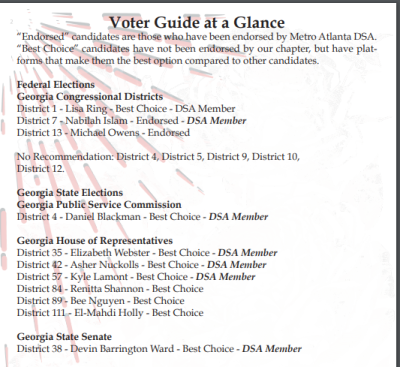 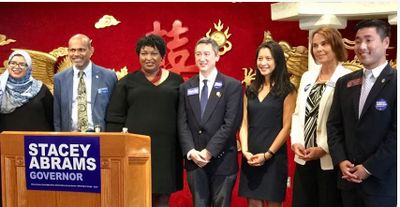 Abrams volunteer Donna Wong wrote that her friend , Lani Wong, a leading member of the Georgia Advancing Progress PAC, helped coordinate this fundraiser-outreach event along with Grace Choi, the first appointed Georgia Democrats-AAPI Coordinated Campaign Director. The event was Standing Room Only with 150 people at the Canton House dim-sum restaurant on Buford Highway.

In introduction of Stacey Abrams, Lani Wong said, “For Asians, we heard ‘go to school, work hard, and take care of each other.’ Like many of us, first generation Asians immigrants, Stacey’s family also struggled to make ends meet. Stacey and her five siblings grew up in Mississippi. Her parent’s unwavering commitment to education, to provide educational opportunities for their children and led the family to Georgia. Stacey and her siblings were educated right here in Dekalb County. Let’s welcome Stacey.”

Stacey began her presentation by talking about her opposition to the constitutional amendment that would strip away the rights to publish information in any language other than English. This bill would have made it unlawful for teachers and public health officials to print and share information with the public in other languages, and for attorney general to print information about civil rights in other languages. It would require all communications to be in English only. Note that ten percent of Georgia’s population was born in another country.

Even though Stacey Abrams represented a district that has a small population of Asian Americans and Latinos, and is largely African American and majority white, she worked to overturn this bill in 2016.

”As a Georgian and as an American woman, I had to stand up and speak against that bill. Working with others, we were able to defeat that bill that would have stripped away rights from everyone in the state of Georgia.[1]