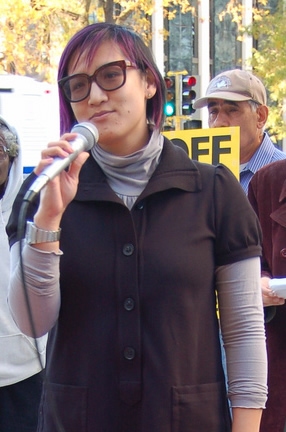 Anh Pham immigrated to the U.S. from Vietnam with her family in 1975 after the end of the war.

In high school Pham participated in Amnesty International where she attended a protest against the Persian Gulf War. Upon entering the University of Minnesota, she was active in the local MPIRG (MN Public Interest Research Group) chapter and then worked with the YWCA, which included chaperoning a group of at-risk young girls to study border issues between the US-Mexico at El-Paso and Juarez, Mexico. That same summer she also became active in the University of Minnesota Progressive Student Organization and went to Cuba to the World Youth and Student Festival. She was also active in student governance and served on the Student Services Fees Committee.[1]

Members of the Students for a Democratic Society at the University of Minnesota Public group in 2017 included Anh Pham. 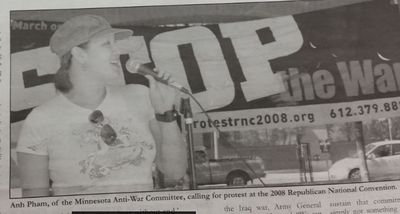 After leaving University, Pham joined the Anti-War Committee. As a member of the AWC she helped organize local forums, pot-lucks and teach-ins as well as buses to Washington D.C.for protests. She traveled to El Salvador to attend an anti-globalization conference and then to Israel and the occupied territories of Palestine where she met with NGO workers and activist who shared their struggles.[1]

On September 24 the F.B.I. raided the homes of twelve leftist activists across the U.S.A. looking for links to foreign terrorist organizations. Anh Pham was one of those whose home was raided and who is being investigated by the FBI.[1]

The material that the FBI copied and returned comes from the homes of Twin Cities activists Jess Sundin, Steff Yorek, Mick Kelly, Meredith Aby, Anh Pham and Tracy Molm and the office of the Anti-War Committee. All of them are among the 23 anti-war and international solidarity activists summoned to appear in front of a Chicago grand jury headed by U.S. Attorney Patrick Fitzgerald, investigating ‘material support for terrorism.’[3]

A showdown is in the making between the government and three Twin Cities anti-war activists targeted by the FBI. Tracy Molm, Anh Pham and Sarah Martin have received word from the U.S. Attorney’s Office that that they will be called to appear in front of a Chicago Grand Jury.

The three were among those targeted when the FBI raided their homes on Sept. 24 and handed out subpoenas to 14 activists in Illinois, Minnesota and Michigan to testify before a federal grand jury. All of them submitted legal documents invoking their Fifth Amendment rights and did not appear before the Grand Jury. Now, Molm, Pham and Martin are being told that they will nevertheless have to appear in front of the Grand Jury.[4] 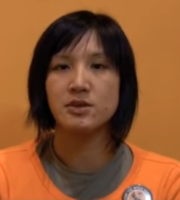 In mid November 2010, a delegation from the Committee to Stop FBI Repression ( returned home from several days of bringing the "issue of the FBI raids and grand jury subpoenas of people doing international solidarity work and anti-war organizing to the U.S. Capitol". Three supporters of the Marxist-Leninist Freedom Road Socialist Organization/FightBack!, Deb Konechne of the Committee to Stop FBI Repression, Anh Pham, who is facing a reactivation of her subpoena and Joe Iosbaker, whose home was raided, spent two days meeting with U.S. Representatives on the issue. The delegation asked each Congressperson to sponsor a “Dear Colleague” letter condemning the raids and grand jury subpoenas. In the two days, the delegation met with either the Congressional Representative’s staff or the Representative themselves fro[[m the following 16 offices: Tammy Baldwin (WI), John Conyers (MI), Danny Davis (IL), Keith Ellison (MN), Raul Grijalva (AZ), Luis Gutierrez (IL), Mike Honda (CA), Jesse Jackson, Jr. (IL), Dennis Kucinich (OH), Barbara Lee (CA), Jim McDermott (WA), Jim McGovern (MA), Bobby Rush (IL), Linda Sanchez (CA), Jan Schakowsky (IL), Maxine Waters (CA). The "meetings were positive, with all the offices expressing genuine concern about the situation. In some cases, because of the outpouring of calls from around the country, the U.S. Representatives were aware that the delegation was in Washington D.C. and the offices made time on their schedules to meet with the delegation. This reinforces the continuing importance of the solidarity work taking place around the country."

Rep. Conyers (MI), chair of the Judiciary Committee, directed the Counsel of the Judiciary Committee to meet with the delegation. Also, Rep. Ellison (MN) and his Congressional staff met directly with the delegation for a significant amount of time. rep. Ellison sent a letter to U.S. Attorney General Eric Holder, expressing concern over the situation and is continuing to work on options to support his constituents affected. The delegation also received face-to-face meetings with Rep Gutierrez and Rep Davis from Chicago. Rep. Grijalva’s (AZ) office set up a meeting between the delegation and the Executive Director of the Congressional Progressive Caucus in the Congress of which rep. Grijalva is the chair. In addition, the office of Jan Schakowsky (IL) and Maxine Waters (CA) gave the delegation significant time and attention.

“It was clear that progressive Representatives of the Congress are very concerned about the FBI investigation. Overall, they were very thankful for our visit and for the information and analysis given to them The level of awareness about the raids and grand jury was varied, from little to full awareness, but the delegation certainly changed that. After the two days, our presence and purpose definitely created a stir in the halls of Congress. “The fact that we were able to interact with 16 legislative aides or Congress people themselves, during an extremely busy time of restructuring leadership in the Congress, exemplifies the attention this matter is receiving”, stated Joe Iosbaker.[5]

In 2011, Sarah Martin, was co-chair of Women Against Military Madness. Tracy Molm and Anh Pham have worked with WAMM in the Iraq Peace Action Coalition and other coalitions to organize non-violent anti-war educational events and protests, including at the Republican National Convention, speaking out against the atrocities of war and injustice.[6]