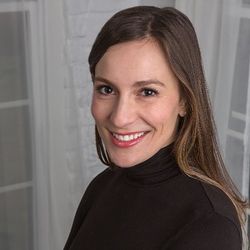 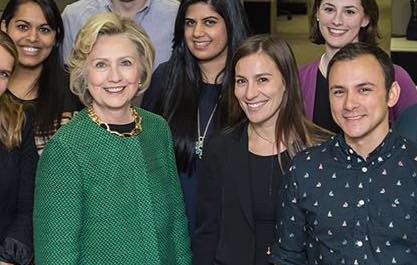 "Alessandra entered politics with an internship for Rep. Joseph Crowley (D-NY). She went on to work at the Kings County D.A.’s Office, the U.S. Attorney’s Office for the Southern District of NY, the Presidential Succession Clinic at the John D. Feerick Center for Social Justice as an editor, and the NYS Governor’s Office of Storm Recovery as Assistant General Counsel.

"In early 2015, Alessandra was offered a position on the vetting team of the Hillary Clinton campaign. She accepted immediately, ecstatic about the opportunity to help elect the first female president in United States history.

"On April 1, her official title on the campaign became Deputy National Operations Director. She described her roles and responsibilities as “literally everything.”

"Alessandra also got involved with countless progressive efforts such as Ladies Get Paid, Rally + Rise, New York University’s Women’s Initiative, Impact Hub, Solidarity Sundays, Columbia University, Changemaker Chats, All In Together Campaign, and the latest, with Diane Von Furstenberg. She currently sits on the Advisory Board of the New Leaders Council, is a member of The New Agenda’s Young Women Leadership Council, and serves on the host committee for the Arena Summit. She describes all of these organizations as “communities” of politically active progressives from across the country."

Jamaal Bowman’s 2020 challenge to Eliot Engel won him endorsements from Bernie Sanders and Alexandria Ocasio-Cortez; thus they rejected Engel even though he had co-sponsored their bills. The soon-to-be member of Congress also won the backing of the Sunrise Movement, which provided his campaign with scores of volunteers and who made over a million phone calls on his behalf. The endorsement of Bowman by the New York Times was a major blow to Engel. The list of Bowman’s individual backers is impressive: they include Senator Elizabeth Warren; State Senators Alessandra Biaggi, Gustave Rivera, and Robert Jackson; NYC Public Advocate Jumaane Williams; City Comptroller Scott Stringer; Naomi Klein; and Jessie Ramos.

For several years, a group of eight Democratic state senators in New York, known as the Independent Democratic Conference (IDC), aligned with the GOP to hand Republicans the levers of power. The New York Times called it “one of the oddest political arrangements in the country.” Alessandra Biaggi, 31, who’s running against the group’s leader, Jeff Klein, called it “a complete atrocity.” Under increasing fire, the group disbanded in early April, and a group of seven challengers, including Biaggi, aim to oust the former IDC members.

From 2004 to 2016, Klein received at least $320,000 in campaign donations from real estate developers—more than any New York legislator. That support once made Klein “virtually untouchable politically,” as one local publication put it in 2016. But times have changed. Klein is under investigation over a sexual harassment charge, which he denies, and seems newly vulnerable.

Biaggi, who worked for Hillary Clinton’s 2016 campaign, is emphasizing protections against sexual harassment and assault, as well as “making sure that every person in the district has a good, well-paying job.”[3]

In April 2018, Rise and Resist hosted a rally for Alessandra Biaggi.

"Join us as we rally for Alessandra Biaggi, our next state senator in District 34. Biaggi, members of grassroots groups, and Democrat voters will meet for a short rally followed by voter education.

"The IDC may have rejoined the Democrats for now, but they've been willing to ally themselves with the GOP since 2011 - and they've claimed to return to the Democratic fold before. New York deserves REAL Democrats who stand for progressive values, not Trump Democrats."

The newly formed True Blue NY Grassroots Coalition is a diverse network of groups that have mobilized statewide with a unified goal to defeat the IDC. Coalition leaders spoke out today at a press conference at City Hall in Manhattan. The Coalition will eventually endorse challengers for all of the districts represented by IDC members.

“We stand here today not just because of stalled legislation in Albany, but because the IDC has been costly in other ways. Senator Jeffrey D. Klein and Independent Democratic Conference divide the Democratic Party when unity is paramount. We also stand here today because we’ve decided it’s time to take back our government and our Party,” says Carmela Gaines of Queens Huddle. 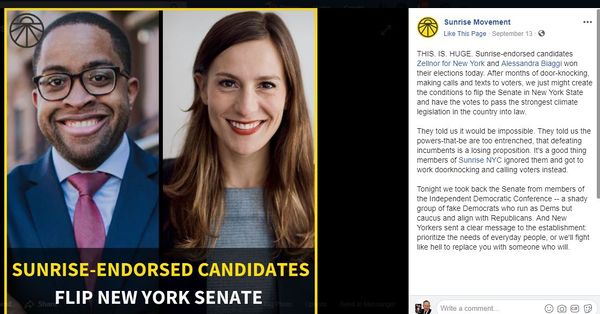 THIS. IS. HUGE. Sunrise-endorsed candidates Zellnor for New York and Alessandra Biaggi won their elections today. After months of door-knocking, making calls and texts to voters, we just might create the conditions to flip the Senate in New York State and have the votes to pass the strongest climate legislation in the country into law. 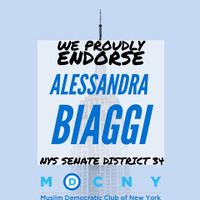 Veteran PDA activist and columnist Pearl Korn honored at a breakfast in New York for her years of commitment to the progressive movement, and her volunteer work to help get progressive firebrand Alessandra Biaggi elected State Senator in New York. Biaggi defeated an entrenched incumbent in the primary as part of a progressive insurgency. You rock, Pearl!