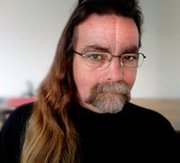 Alec William Morgan is a New Zealand activist. In 2006 he lived at Mangonui, a publisher.

Aucklander Alec Morgan has stood as a Socialist Unity Party candidate in local body elections (date unknown), and was president of the Northern Storepersons Union, and a storeman at Nissan assembly plant in Wiri South Auckland.

He has traveled to the former Soviet Union.

1981 Member South Auckland Branch SUP. Joined early 1981. Prior to that he had been a close supporter for more than two years.

1986 September 8, wrote article in Tribune on Video technology:"It provides us with an example of the intensification of both technological change and the ideological struggle for people's minds."

1989 on Auckland regional executive of the SUP [1]

1990 Sept. 17, identified in People's Voice as interim vice-chairman Socialist Party of Aotearoa, NDU stores division pres and delegate at Nissan, one of 40 or so unionists who endorsed statement against Nissan Way published in PV.

Senior Sergeant Gordon Gunn, officer in charge of Kaitaia police, would not comment on the issue.

Spokesman for the community-based Beach Watch Network, Alec Morgan, says the group is still opposed to any bridge being built."As soon as there are indications that work is about to start, people will be on the beach.

"There will be peaceful protests and non-violent direct action aimed at stopping the bridge from being built."

The group is testing its "telephone tree" network this week, used previously to alert people to what was happening on the beach.

Mr Morgan says one positive sign is that Transit is considering a pedestrian crossing on the highway at Cable Bay, together with a lower speed limit through the area.[3]

Feb. 07 - The new secretary of the Whatuwhiwhi Ratepayers Association is Alec Morgan. He said that the meetings are held on the second Monday of each month at the Whatuwhiwhi Hall at 7.00pm. Far North District Council