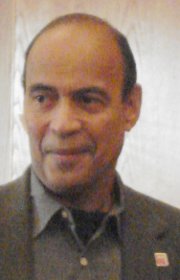 Prof. Adolph L. Reed, Jr. serves on the Board of Directors of Public Citizen Inc.[1]

Reed has been a frequent contributor to the liberal magazine, The Progressive.

Adolph Reed was formerly a member of Democratic Socialists of America[2].

The Socialist Scholars Conference 1990, held September 6-8, at the Hotel Commodore, New York, included panels such as:[3] 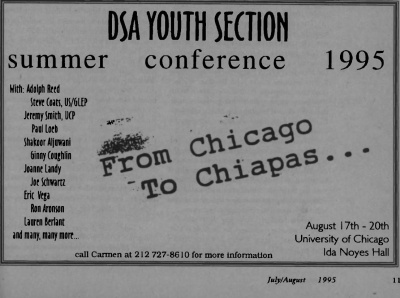 At the How Class Works - 2002 Conference, panels included; 3.0 Class and Public Policy

On May 1 2008, Adolph Reed, a Professor of Political Science, University of Pennsylvania signed an open letter to SEIU president Andy Stern in protest at SEIU move to force its local United Healthcare Workers into trusteeship.

"We are writing to express our deep concern about SEIU's threatened trusteeship over its third largest local, United Healthcare Workers (UHW). We believe that there must always be room within organized labor for legitimate and principled dissent, if our movement is to survive and grow. Putting UHW under trusteeship would send a very troubling message and be viewed, by many, as a sign that internal democracy is not valued or tolerated within SEIU. In our view, this would have negative consequences for the workers directly affected, the SEIU itself, and the labor movement as a whole. We strongly urge you to avoid such a tragedy."

Adolph Reed of the University of Pennsylvania signed the statement.[7]

As at April 2005, the following served as chairs on the National Council of the Labor Party:[8]

Center for the Study of Working Class Life

In 2009 Adolph Reed, Political Science, University of Pennsylvania served as an Academic on the Advisory board for the Center for the Study of Working Class Life[9].