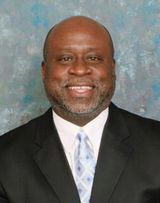 Kenneth Riley was the spearhead of a two-year campaign in defense of five dockers in Charleston, S.C., known as the Charleston 5. The struggle began Jan. 20, 2000 when 600 police in full riot gear attacked members of the ILA who were conducting a lawful picketline to protest the use of a nonunion crew to unload a Danish freighter. Police in armored vehicles, on horseback, in helicopters and in patrol boats injured many longshoremen, including Riley.

Police arrested five dockers, four African Americans from Local 1422 and one white from Local 1771. Republican State Attorney General Charles Condon charged the five with conspiracy to riot, punishable by up to 10 years in prison.

In May 2000, Riley appealed to the ILWU convention for support. The ILWU made the campaign a priority and contributed over $300,000 to the defense fund. Nearly two years later that support, along with solidarity from the AFL-CIO, world labor, civil rights and community groups freed the Charleston 5, who received only minor fines.[1]

All five union dockworkers, four African-American and one white, pleaded no contest to a misdemeanor and paid $309 in fines and court fees. Their attorneys told the World that the workers were making no admission of guilt.

They spent nearly 20 months under house arrest following the riot by 650 heavily armed state troopers who brutally attacked the 150 workers walking on an ILA picket line the night of Jan. 19, 2000. The dockers had been protesting Nordana Shipping Companys use of non-union labor, a brazen attempt to break the union and force down the wages and benefits earned by the ILA dockers.

No worker is going to sit idle while they take our jobs away, said Frank Jenkins, a second-generation dockworker. This is the strongest union in the state of South Carolina. Weve built a good life for ourselves and our families. We can afford to send our children to college. South Carolina Progressive Network (SCPN), a multiracial and multi-issue organization was holding its monthly meeting in the Local 1422 recreational room. Kenneth Riley, president of Local 1422 and himself a SCPN member, thankedd the group for their staunch support. You were there from the beginning, he said. We couldnt have won this victory without the backing of groups like the Progressive Network.

ILA Local 1422 President Kenneth Riley and other local union leaders toured the U.S., Europe and even South Africa to build support, as part of a labor solidarity effort in which Lee Sustar participated. In November 2001, Condon withdrew from the case, and the house arrest was lifted shortly afterward in a rare big victory for organized labor.[3]

In 2009 Ken Riley was listed as an endorser of the Center for Labor Renewal[8].

The service and award ceremony was part of the 41st annual Martin Luther King Jr. Celebration, sponsored by the YWCA.

On February 16, 2013, a distinguished group of national, international, and local leaders gathered in Charleston to hear testimony from T- Mobile employees. Their testimony provided compelling evidence of horrible working conditions and a complete absence of job security.

Members of the Charleston Speak Out Panel were;