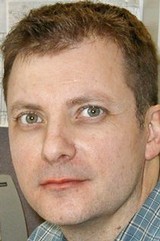 Template:TOCnestleft Jim Maynard is a Memphis Tennessee activist, who is involved with Democratic Socialists of America.[1]

He is the partner of Glenn Ramsey.

The self-described "gay, atheist/humanist, democratic socialist" voices his opinions on his site, queernotes.blogspot.com, from gay marriage to presidential politics.

A title abstractor by profession, Maynard moved to Memphis in the 1980s to attend the University of Memphis and got involved in the liberal and gay communities.

In 2008, the 44 year old activists work was was done primarily through his blog.

Recent posts have included headlines such as "Save the Democratic Party from Hillary Clinton," "John McCain: The Anti-Gay Candidate" and "Barack Obama: First Black Presidential Nominee!"

Updating his blog two to three times a week, Maynard checks other liberal and conservative blogs, because much of what he writes counters what he finds on these sites.[3] 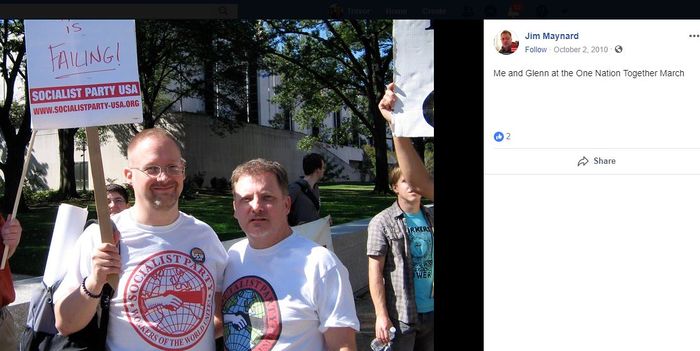 In 2010 Jim Maynard and his partner Glenn Ramsey were ffiliated with the Socialist Party USA. 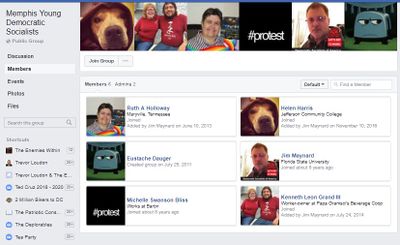 In 2011, Jim Maynard was contact for the Memphis Organizing Committee of Democratic Socialists of America.[9] 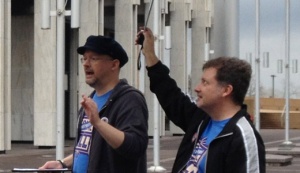 Supporters of the Tennessee Equality Project rallied outside of the federal courthouse in Memphis Dec. 9.2012. All across the state, similar rallies took place to petition President Barack Obama to sign an executive order barring discrimination based on sexual orientation and gender identity in federal contracting jobs.

Glenn Ramsey, an adjunct professor at the University of Memphis, encouraged the crowd to "extend the struggle" and "build on the recent victory [in the Memphis City Council]." Ramsey said they should secure "the real right to work... for lesbian, gay, bisexual and transgender" people across Tennessee.

While his partner, Jim Maynard, held an umbrella over his head, Ramsey put the purpose of the rally into perspective, saying, "We know, as America's working people, that policies like these [right to work] and longstanding employment discrimination against LGBT people, only serve the aims of America's corporate elite to divide and conquer our national workforce."[10]