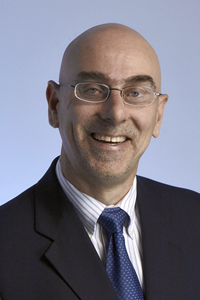 Template:TOCnestleft Ruy Teixeira is a Senior Fellow at both The Century Foundation and Center for American Progress, as well as a Fellow of the New Politics Institute. He was recently a Visiting Fellow at the Brookings Institution, where he co-directed a joint Brookings-American Enterprise Institute project on political demography and geography, The Future of Red, Blue and, Purple America, and wrote a series of reports with William Frey on the political geography of battleground states in the 2008 election[1].

Teixeira holds a Ph.D. in sociology from the University of Wisconsin-Madison.

Ruy Teixeira is the author or co-author of six books, including Red, Blue and Purple America: The Future of Election Demographics; The Emerging Democratic Majority; America’s Forgotten Majority: Why the White Working Class Still Matters; and The Disappearing American Voter, as well as hundreds of articles, both scholarly and popular. He also writes the weekly feature, "Public Opinion Snapshot," which is featured on the CAP and TCF websites[2].

Teixeira's book, The Emerging Democratic Majority, written with John Judis (Scribner, 2002), was the most widely discussed political book of that year and generated praise across the political spectrum, from George Will on the right to E.J. Dionne on the left. It was selected as one of the best books of the year by The Economist magazine. Teixeira's recent writings include "New Progressive America," "The Decline of the White Working Class and the Rise of a Mass Upper Middle Class" (with Alan Abramowitz), "The Politics of Definition" (with John Halpin), "Back to the Future: The Emerging Democratic Majority Re-emerges" (with John Judis) and the New Politics Institute reports, "The Next Frontier: A New Study of Exurbia" and "The Progressive Politics of the Millennial Generation."

In 1983 Ruy Teixeira was a Madison, Wisconsin delegate to the Democratic Socialists of America conference in New York City, October 14-16, 1983[4]

In 2005 Ruy Teixeira served as a fellow[5] of Center for American Progress.

Despite Democrats' 2014 midterm shellacking and talk of a "depressed" liberal base, many in the party still like their starting position for 2016. Ruy Teixiera, a Democratic demographer, points to a group of states worth 242 electoral votes that the Democratic presidential nominee has won in every election since 1992. Hold them all, and the party is just 28 votes shy of the majority needed to win the White House next time.

Barack Obama twice compiled at least 332 electoral votes by adding wins in most every competitive state. He posted double-digit wins among women, huge margins among voters younger than 30 and historically high marks among blacks and Latinos.

As non-white voters continue to grow as a share of the electorate, a Democratic nominee that roughly holds Obama's 2012 level of support across all demographic groups would win the national popular vote by about 6 percentage points and coast in the Electoral College, Teixeira estimates.

"Could a Republican win? Sure," Teixeira said. "But they have to have a lot of different things happen."[6]