Template:TOCnestleft Patricia "Pat" E. D. Belcon is a native of Trinidad & Tobago. she is a Sociologist who calls herself a Socio-Carnivalist. She is a member of the Caribbean Studies Association. At Medgar Evers College, CUNY, She is an Assistant Professor; a Senior Research Associate, Caribbean Research Center; Board member, Caribbean Diaspora Press Inc; teaches in the School of Liberal Arts & Education, founder and Chair of the International Caribbean Carnival Conference & Development Seminar, (I.C. Carnival) Inc. Her Ph.D. is from the Graduate School & University Center, CUNY. Her “Carnival, Caribbean Festivals, Peoples and Cultures” research began in 1986 in Brazil. As a Principal Researcher, she lead Study Abroad tours to the Caribbean, Guyana, Latin America, Canada, United Kingdom and India for Carnival’07 in Goa. Her investigations of the cultural phenomena are setting a trend in folk, art, music, religion, post-colonialism and many fields. [1] 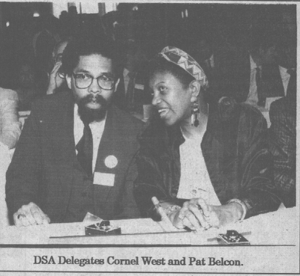 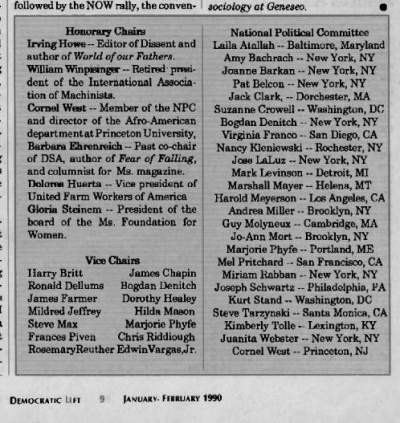 In 1990 Pat Belcon served on the DSA National Political Committee.

In 1992 Pat Belcon was a member of the Democratic Socialists of America Racial Diversity Task Force - charged with finding ways of recruiting (and retaining) more "people of color" into the organization[4].

In 1994, Belcon, of the c/o DSA national office, was a member of the Democratic Socialists of America Steering Committee.[5]