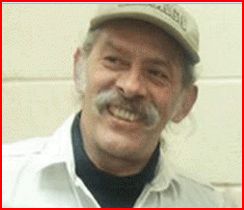 Template:TOCnestleft Jorge Mujica Murias is a Chicago activist. He is one of the top leaders of Chicago's Immigration and March 10 Movement.

In 1994 Jorge Mujica, Chicago, was listed on a "Membership, Subscription and Mailing List" for the Chicago Committees of Correspondence, an offshoot of the Communist Party USA[2]

Grupo Yubá, a group of Puerto Rican percussionists, singers and dancers who issued the first CD of “bomba” and “plena” music in Chicago, drew listeners into a spontaneous dance during the Chicago People’s Weekly World banquet Dec. 3. 2006.

In an upbeat mood, more than 140 labor, community, peace and justice activists gathered at the Parthenon Restaurant to celebrate the November election victory and honor several groups for their outstanding work during 2006.

Every year the PWW banquet gives awards in honor of Chris Hani, South African Communist Party leader, and Rudy Lozano, revered leader of the Mexican American community. Both were brutally assassinated standing up for justice.

Five awards were presented this year. Among the recipients were Health Care Employees Acting at Resurrection Together (HEART), a group of Resurrection hospital workers organizing the hospital chain with AFSCME; and Chicago ADAPT, Americans Disabled for Accessible Public Transit, a group that pioneered the fight to make Chicago’s buses accessible to the disabled. ADAPT recently helped lead a sit-in at the Tennessee governor’s office over Medicaid cuts devastating to the disabled community.

Elvira Arellano of La Familia Latina Unida, who has taken sanctuary in a church to avoid deportation, was another honoree. Arellano represents 3 million families in danger of being split up by the Bush policies. Unable to leave the church, she sent a video greeting. Emma Lozano, president of the immigrant rights group Pueblo Sin Fronteras, and Arellano’s son Saul accepted on her behalf.

Also honored was the March 10th Movement, organizers of the first gigantic immigrant rights rally in 2006 in Chicago. It helped spark rallies nationwide, including 1 million who marched on May Day in Chicago. Accepting were Jose Artemio Arreola, SEIU Local 73 executive board member, and journalist/activist Jorge Mujica, who observed, “Immigration is indeed a difficult problem. Here is an event with a Puerto Rican group playing African-inspired music, singing in Spanish, in a Greek restaurant, in a city founded by someone [Du Sable] born in Haiti.”[3]

On Saturday morning, December 12,2009 members of Chicago Democratic Socialists of America, Greater Oak Park Democratic Socialists of America, Oak Park Coalition for Truth & Justice, 3rd Unitarian, Unity Temple got together for a spell on the Congress Hotel picket line. About 18 people turned out to supplement the strikers' line, including 7 DSA members. Jorge Mujica, candidate for the Democratic nomination for Representative from the 3rd Congressional District, was also on the picket line. DSA members Michael Baker and Tom Broderick organized the turnout.[5]

Inspired by the victory of socialist Seattle City Council member Kshama Sawant, the Chicago Socialist Campaign launched in the winter of 2014, with the goal of running a candidate for City Council in 2015. On May Day, the campaign announced who that candidate would be: Jorge Mújica, a long-time immigrant rights and labor organizer, who plans to seek election as the alderman for Chicago’s 25th ward.

The 25th ward encompasses the Pilsen neighborhood, as well as parts of Chinatown and the University of Illinois Chicago campus. The ward is a diverse one, home to a large Latino/a population, as well as students and urban transplants.

Before immigrating to the United States in 1987, Mújica, 58, was a journalist and community organizer in Mexico. He is now a staple in the Chicago activist community and is currently the strategic campaigners organizer for Arise Chicago, an interfaith labor organization fighting systemic poverty in the Chicagoland area.

I have been a socialist for all of my life. I joined the Communist-Mexican Youth when I was 15 years old.

In the United States, it may sound like socialists are a thing of the past—the term is even an accusation many times. But many immigrants are used to thinking about Leftist political parties participating in the electoral arena.

So to immigrants, to the residents of this ward, it is not strange to look at someone who organizes and identify that person as a Leftist or socialist.[6]